Etare Neged (pronounced: e-TaR-e ne-GeD) is the superhuman form of the life-force energy derived from OverHorde. Born onto this Earth in the year of the dragon as an Aries, the horn of the ram.

He is the fusion of fire and ice, light and dark, the medieval and the post-apocalyptic, the interpolation of pain, pleasure and rage. This energy was born onto this earth decades ago on the outskirts of Chicago.

Raised in Indianapolis, a dark child chased by death, he would return to Chicago as Etare Neged, the artist. As a Master Story Teller, he grew up a slave to his imagination, seeing, hearing and experiencing life in an alternate reality within the confines of his own skull.

After being forced to leave the violent world of the gridiron, he became lost a soul with no focus, no direction, no spirit and worse yet, no way to channel his endless rage.

He was almost completely consumed by the darkness until one day amidst all of the sorrow he found the light of music seeping up from the dungeon below. This music was created by super-producer D-Chi and lit a spark within Neged, the flames from which continue to burn bright today.

After becoming a prolific lyricist and forming the cutting edge hip hop group The Dread with D-Chi and Exxon Valdees they signed a deal to become part of The Empire, a local conglomerate of MCs and Producers who eventually penned a distribution deal with Ichiban Records. Through the misguided management of a fraudulent CEO, ties were severed and The Empire was no more.

Several members continued to produce music on the cutting edge of hip hop as The Wolf Pack and later 1241, Inc. was formed by Bellicose (aka Mr. Bellicosity). 1241, Inc. thrived as a promotional and musical entity and continues to do so today.

After years of being strictly a lyricist, Neged channeled the energy of Har Ness the Sixth as a guiding light in to the world of music production.

Through Har Ness, his production has brought the UnderWorld of OverHorde to Earth. Branching off on his own, Neged created OverHorde Entertainment, Inc. to fulfill his destiny and forge a path to immortality.

The project was actually completed the same time as V1, but I wanted to let the first 10 tracks take the listener to one place and let them hang out there for a while before bringing them back.

The inspiration is the “voice” and how it mutates, each time it takes on a different persona that fuses with the beat on each track. This is my reality, given the immense radiation exposure and levels of scar tissue it left that surrounds my vocal cords and fills my upper lungs.

I am always searching for that perfect mixture of nutrients and toxins to forge it into something useful, no matter the state it’s in. There are many stories to tell…

Any way I can. Like many underground artists, I have a multitude of side hustles, but as far as making money in Hip Hop these days the key is finding you niche, your loyal fan base you carve out among the see of hungry listeners across the globe.

There are millions of rappers and MCs out there, but none of them are Etare Neged. Those who want Etare Neged, want Etare Neged, so I give them OverHorde, and take them on a journey towards self-discovery, spiritual salvation and soundscapes striving for immortality.

Offering a product that no one else can provide is how I make my money in this game.

I like what Chance the Rapper is doing with the free music and streaming game. I can dig what J Cole is doing with true solo projects without features.

Overall, I would have to say Tech N9ne, given the independent empire he has built over the years. To me it is most impressive because it truly is Strange Music, carving out those loyal, niche fans that may not be into the pop music being made today.

The music industry is full of snakes. I actually speak about this on “Hiss Story” regarding my dealings with these types over the years. I have very few contacts in the industry that I feel I can depend on, so I do most of the grind myself, with family and keep a real tight circle that I work with.

It is a lot of hard work, but I am not the type of artist that you can put in a nice little box, packaged up to put on display for the masses.

I found out years ago working with a label and securing a distribution deal, that the shackles of being in a system where I am not in control of my music and my destiny is a fate worse than death for true artist.

Keep control and ownership, hold close those who prove their worth and loyalty.

What I love about Hip Hop are the stories told and how a voice has been given to generations of haves and have-nots, bound together in the unity of something so pure as beats and rhymes.

I was always fascinated by the DJs, B-Boys graffiti artists, but it was the beats and lyrics that drew me in and wouldn’t let go. When I realized there was no one telling the stories of my reality, an alternate reality, I knew it was calling to me.

This is my platform to open minds and show the world that one’s only limitation is their imagination and how far they are will to take it. The possibilities are endless. 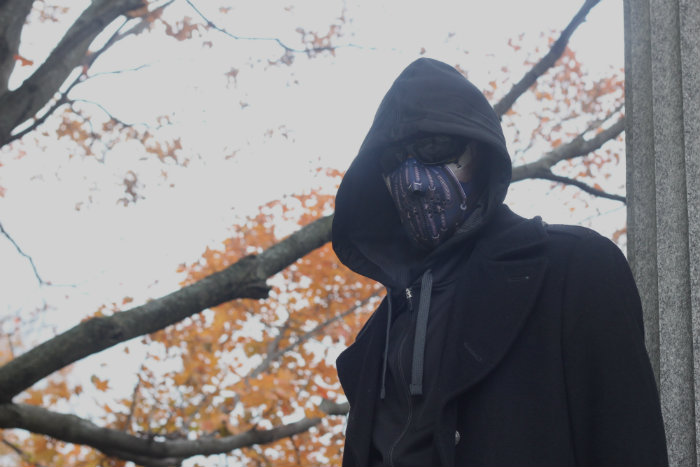 I would have to say how the trends will come and go in waves, with those trying to just catch one and ride it as long as they can before it’s gone.

Hip Hop began as art, but now there is so much more in the realm of it. There are many sub-genres and it always surprises me when the next wave hits. I keep my ear to the streets, so am am aware, but I have never been able to follow along, even if I wanted to.

The beats I produce and the lyrics I write just don’t conform to these trends, as they are innately OverHorde, but I love that people continue to reinvent what it is, which is why it has taken over the world.

I think radio is really the final frontier, the last place major still hold a serious advantage. Luckily, there are so many platforms to listen and stream music, radio is becoming obsolete.

The real grind now is distribution outlets, but it is about worldwide exposure now, not brick and mortar. You have to be innovative and give people something worth their time when they find you.

There are countless underground MCs I could name. I see a lot of these lists online in terms of whose the hottest Rapper or MC and I think it is all relative to the clarification of what qualifies one as ‘hot’.

As far as rappers that have achieved somewhat mainstream exposure and relative success, I like what Young MA is doing, lyrically raw and unapologetic. I think that what J Cole is doing proves that lyrics still matter and that you can have success as truly a solo artist today.

Purely in terms of hits, I have to give credit to Drake, especially considering there is so much controversy around whether or not he even writes his own lyrics, which apparently doesn’t matter to his core fan base.

In 2017, I will be shooting a couple videos and finishing my next project, which should be out in the spring. I will also be working with one of my Atlantis Army collaborators, Autonymous, on a new project.

Matching wits with the other members of Mutant Akademy and continuing to build a body of work that isn’t afraid to challenge the status quo by taking the listener on a trip to a place they could never imagine, on a quest for immortality.

It is what I live for.