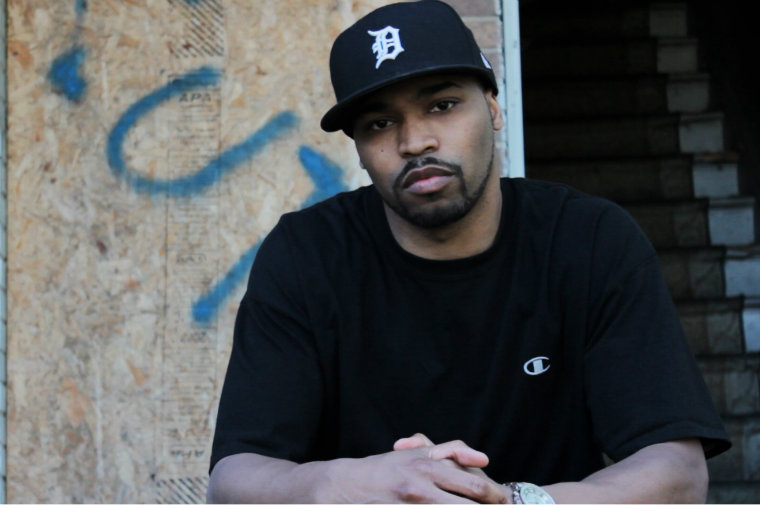 Spitting life stories over gritty beats; inspired by GOATs Scarface and Nas; working alongside modern day legends like Royce da 5’9″ – this is what Ty Farris has been working towards his whole life.

Ahead of the release of his upcoming album Room 39, Stop The Breaks had the opportunity to kick it with Ty to talk about his career, collaborating with Trox on this project, working with Royce, hustling independently and more!

1) You started your career out as a battle rapper – how did you make the transition to focus on making music and putting out projects?

I started with my homie Young Famous, we was dropping mixtapes. The battle scene in Detroit at the time was very competitive.

Getting signed to Big Proof through the battle scene was a stepping stone for us to get our music out. I always said and feel that making music is a lot more challenging than battling and I didn’t wanna battle for 10 yrs and not have any music out.

So when Big Proof got killed, music became the focus and I’m glad I took this route.

2) How did rappers like Scarface, Nas and Royce da 5’9″ influence your style?

My uncles listened to Face, all they played was Geto Boys and Ice Cube. As I got older, Scarface told vivid stories about the things that was directly affecting my life at the time.

Once I dug more into the actual art form, I began to appreciate Nas wittiness and subject matter. Royce da 5’9 has recently been an influence for a few reasons, I went through a situation like he did with catching a DUI.

Over the years we have become cool and I get advice when needed and inspiration from how focus he is and what I witness him do. Nickel the homie.

I think I’m a picture painter. Introspectiveness with witty punchlines and flows. My word selection and content as matured over the years.

I use to be more shoot em up bang bang. Now I focus on giving strong content to give the audience a look into my world.

4) Your new project Room 39 drops January 30. Can you talk about the making of the project?

Wow, where to begin. I’ve known Trox for about 4-5 years now. We made music prior to this album. I reached out maybe 2 years ago saying we should do an album together.

I had some legal issues along with my moms passing away. So a few hiccups in the process. I record tons of records for the project, I wanted it to be cohesive but not sound the same.

I didn’t want you to  listen and say the beats sound the same. So I handpicked different styles and sounds he would send and challenge myself to make dope songs on them even if it was a little out my comfort zone.

At the end, after numerous edits of adding and deleting songs. I was finally 99% happy with it. I’ll never be a 100%. That’s the perfectionist in me, always thinking I could have done something better.

The slightest things from echo delays to timing of skits and songs. From hook layers to doubles on certain words. I examine with a fine tooth comb. Its good to go!

5) The project is produced entirely by Portland producer Trox – what made you decide to stick with just one producer for the whole project?

For years I’ve been trying to find my sound. A sound that goes with my story. Trox beats were the gateway to that. A few other producers as well.

But Trox bass lines and samples goes good with my style. It was a no-brainer. We work well together along with the high demand for us to do a joint project. It made sense to do it.

6) As an independent hip hop artist grinding hard, what type of challenges and struggles do you go through day to day?

Getting people to actually listen is always a hurdle. But we been jumping it pretty well as of recent. Funds always an issue as an independent. This game is money driven and cutthroat.

It’s a lot of work doing everything on ya own. Building relationships with blogs,producers and other artist is good but not easy. It’s a: what can I benefit from you game.

The biggest struggle is getting the looks that the music deserves. Nothing comes easy.

7) You’ve been very successful with getting your name out there independently, what sort of promotion and marketing do you do?

Thanks man. To be honest, I just be genuine with people. I reach out to blogs some answer, some don’t.

Years of networking and being respectful and consistent has got me farther than I could have imagined.

The blogs and people who post my music, in most cases are my friends now and I’ve networked with them over a period of time. They respect my grind and music.

8) What are your thoughts on the current state of the independent music scene today?

Its great. Once you filter out the wack shit, the talented ones keep the culture flowing. The diamonds always shine, it’s just taking the time to find them.

Being a indie is great from a creative point of view. No dude telling me I should sound like this or make this kind of song to sell records.

Fuck that bro. My art is my art. You can’t take the paintbrush and tell me how to paint my story.

I think it would be a song with Scarface. He influenced my message musically a lot. Second choice would be with Styles P.

At a point in my life before I took music seriously. That Ghost music was something I lived by. He’s another one that paints pictures that I could see aggressively.

Realizing that I could do this my way. No politics. No hating. Just me doing the music I wanna do and giving it to my audience. And being told I’m dope by Em and Royce in my life is a good thing too.

This year I plan to release at least 3 more projects all original music. A 6 song EP along with another album called Misfortunes over Melodies. Stay tuned and thanks for chopping it up with me.