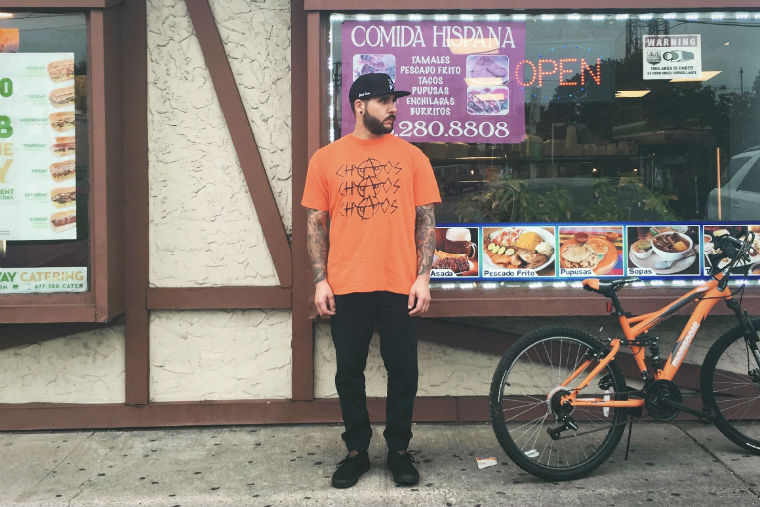 D.Catalano (aka Without You I’m Hunting Them), exists between the realms of Twin Peaks, and rhythmic hip hop themes.

Drawing from personal memories of being raised in Metropolitan New York, he maintains an appreciation of the modern world and the skyscrapers that help to create the neglected shadows they create.

1. Who is D.Catalano and where are you from?

I’m D.Catalano(David) aka Without You, I’m Hunting Them, I’m from Long Island, New York and I am a Musician and Composer.

2. Tell us about your alias and how you got that name

I’ve been writing and releasing music under the name Without You, I’m Hunting Them since 2011, just until now I started going by my birth name, David or Abbreviated D.Catalano.

I won’t go into detail how I got the alias but I will say this, if you dig deep enough you’ll find it’s origin ; )

I met J57 from taking my monthly trip (sometimes more than once) to Fat Beats in NYC, J was working there and I think we started talking because of all the music I was buying, I would buy various 12’s, CDs, mixtapes etc and he asked where I come from and I said Long Island.

J being a Long Island native we hit it off. He told me I may like his group The Brown Bag All Stars, so I bought the Brown Tape and it was Real good, ever since then we kept in contact.

4. How long have you been producing for and what made you want to get into it?

I’ve been writing music since I was 14, I’ve been in various hardcore and post hardcore bands, I’ve always been in love with Movie Scores, more so horror ones and one of the last bands I was in we started incorporating electronics and synthesizers and that’s when my tastes started to shift from bands to creating music solely by myself.

2011 is when I started to write all synthesizer based material, stuff I could transpose better than trying to do so with a band, I just kept writing ideas in my head I’ve had for years.

I would record them, show a few people and get really good feedback from it, so I kept doing it. I like being able to write what I feel and do it with my own curation.

5. Tell us about your equipment.

I use Propellerhead Reason a Midi Controller and a Teenage Engineering OP-1.

6. Who are your biggest influences?

Well like I stated earlier, movie scores have always resonated with me in such a profound way, Angelo Badalamenti, John Carpenter, Ennio Morricone, Goblin, Tangerine Dream.

Their pieces of work have always been so timeless and incredible I wanted to create music with longevity, something you could feel and come back to in 10 years and still get that same feeling you got when you heard it for the first time.

Besides movie scores I’ve always loved Hip-Hop, in 1998 a friend of mine had this mixtape(literal tape) a friend of his had who lent it to him, I remember seeing it and it had the hip-hop group “Hieroglyphics” symbol on the tape cover.

I listened to it and was absolutely enamoured with it, there were a lot of songs on the tape but from what I could remember Hieroglyphics and Black Star stuck out, I immediately went out bought 3rd Eye Vision and Black Star’s album and that was it from there.

DJ Shadow and DJ Premier were always my top 2 producers, anything Premier made was dope to me and DJ Shadow, his sampling and arrangement is unreal. All of their work is timeless. Oh and I love Pantera, Dimebag Darrel (RIP) is a god.

I don’t know if I can answer that question specifically but I can say this, i will continue to write music, hopefully that will be considered timeless, if this journey leads me to scoring film as well as writing for or collaborating with other artists that’d be great.

Music is everything to me, no matter what I’ll always write. Sound you can feel is important.