Best Hip-Hop Producer Of The 2000s 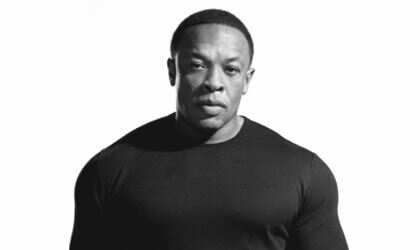 Celebrating the best hip-hop producers of the 2000s.

Bringing up N.W.A., The D.O.C. and Snoop Dogg wasn’t enough for Dre; he had to make his mark in the 2000s as well. Not only responsible for the Eminem explosion, he produced hot bangers for his Aftermath/Shady/G-Unit camp, perfecting his stripped down piano riffs and menacing cello loops.

Then there’s the Eve joint “Let Me Blow Ya Mind,” Mary J. Blige’s “Family Affair,” production work for Busta Rhymes, Jay-Z and a dozen other artists. This decade confirmed it. No other producer in the game has gone for a hotter run than Dre. From the 80s straight to the 00s, that’s 20 solid years of street cuts, radio hits, commercial viability and the envy of every other beat-maker out there.

Coming up the ranks alongside with Kanye, Just Blaze may not have had stirred up the same kind of controversy as his friend, but that’s because he let his music do the talking. Boasting incredible sampling techniques mixed with big brassy horns, loud funk and rocking guitars, Just Blaze’s production style was all about larger-than-life blockbusters. If you want grandiose fight music, he’s the man. Just ask T.I. or Jay-Z.

If there was an award for the most diverse beats made for the decade, The Neptunes would surely get it. Production duo Pharrell Williams and Chad Hugo have made beats for dudes ranging from Royce da 5’9”, Jay-Z, Britney Spears, Snoop Dogg, Justin Timberlake, before rounding it off with their best work to date on Clipse’s Hell Hath No Fury.

Swinging between breezy lounge-jazz and seductive electro grooves, no one can deny their prolificacy and talent as they commanded unarguably some of the hottest beats of the post-2000 era.

Hottest Track: “Drop It Like It’s Hot” performed by Snoop Dogg and Pharrell

Quietly going about his business and contributing a number beats and underground and mainstream rappers alike. Tragically passing away before his work could be fully absorbed by listeners, Dilla made sure his legacy would remain intact for decades to come.

From the soulful melodies of Common records to the heart-breaking tributes on The Roots’ Game Theory and unexpected production on Raekwon’s Cuban Linx sequel, Dilla proved to one of the most versatile producers working the industry.

Kanye West
Honestly, was there any surprise? Kanye overtook his veterans, idols, influences and mentors to become the number one hip-hop producer of the 2000s. Every beat-maker has their time in the sun. Dre’s was the Chronic-Doggystyle/Slim Shady-2001 years, Erick Sermon’s work for EPMD and Redman vaulted him into the legends, Marley Marl’s beats for a majority of the Juice Crew earned him his reputation while RZA’s incredibly hot run during the 90s has never been duplicated.

For Kanye, a majority of the 2000s belong to him. Sure, there were plenty of other talented producers stealing the spotlight here and there, but from his first commercial hit “Izzo (H.O.V.A.)” to the tribal rhythms of “Amazing,” no other producer has steered hip-hop beat-making through the 2000s like Kanye. 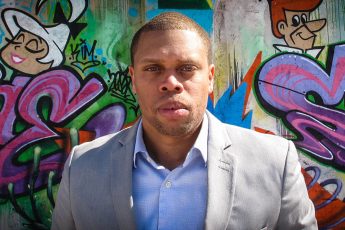