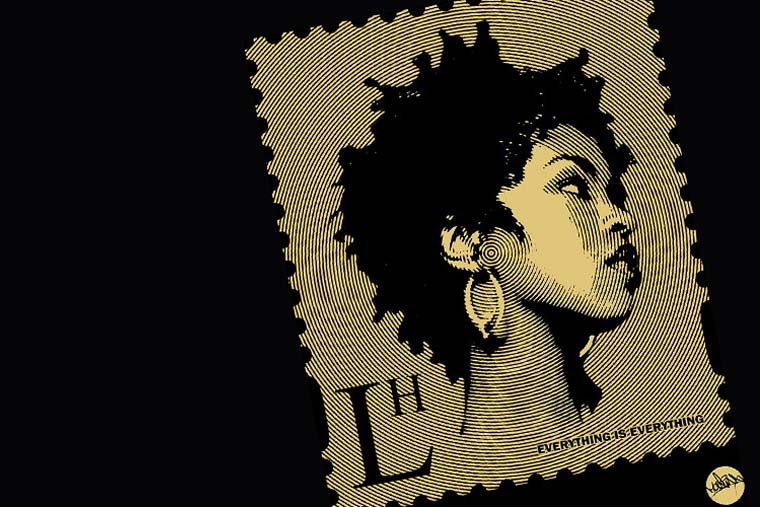 UK-based graphic designer, Mark Culmer, is home to some of the illest hip-hop graphics and I’ve been a big fan of his company, Madina Design, and their work. I recently had the enormous pleasure of interviewing Mark about his come up and plans for the future.

We covered a range of topics including his inspiration for Madina Design, developing his brand, Kool Keith, meeting Chuck D and their upcoming design ideas!

1) To kick things off, can you tell us a little about yourself and your design company – Madina Design?

Ok, well I’m a designer and massive HIPHOP fan. I grew up in Kent UK and studied art and design in London. Madina was a nickname given to me by my friends – we got stoned one day and listened to Tone Loc’s Funky Cold Medina. The name stuck and eventually became my tag when we did graff.

I started Madina Design in 2011, after completing the Golden Era HipHop stamps design. I got a lot of good feedback and peeps suggested I got prints and Tshirts made.

Recently I’ve had the opportunity and honour to work collaboratively with Chuck D, DMC, Kool Keith & RedApples45… just a bit of name dropping there! Seems that word is getting out. I hope to collab with more artists in future.

2) After studying Fine Art, Graphics and Photography at London’s Camberwell School of Art, how did you get started with developing your own brand?

After college I worked for a web design company which gave me the opportunity to learn how to build and design websites. This led to me being able to create my own online shop for the t-shirts I had already designed and gave me the motivation to market myself and keep adding to my range of products.

3) Do you remember your very first hip-hop inspired design?

My first design to be successfully produced by Madina was the Golden Era HIPHOP stamps, though I’d been sketching album cover artwork and HIPHOP related stuff since I can remember.

Chuck D of course! The lyrics from ‘Fight The Power’ by Public Enemy: “Most of my heroes don’t appear on no stamp”

5) Kool Keith features prominently on several of your designs, what is it about him that makes you such a big fan?

One of my favourite tracks was “Poppa Large.” I couldn’t get enough of it. I wore out the record as it got me amped every time it was played. Only in more recent years did I get stuck into his solo projects. I love that abstract train of thought. He takes you on a journey with every bar he spits.

Surreal and an experience I’ll never forget, as he has been a huge influence in my life and in my work.  I went and saw Public Enemy for the first time at the Brighton Centre way back in 1989.

I now live in Brighton and had the opportunity to re-live that first gig when Public Enemy returned to perform at the Brighton Dome in 2012.

I first met Chuck D and some of the crew in person at The Art of Rap documentary premier in London in 2011?. Chuck D is a very humble guy with mad love for creative people.

Seems crazy to think he reached out to me, after seeing my designs, when 25 years earlier it was my fists reaching out to him on stage while shouting ‘Fight the Power!’.

7) Both your design company and online shop have been growing over the years, what’s next for Madina Design?

Well I’m currently working on designs for DMC of RUN DMC who is releasing a track with some heads from golden era DEFJAM.

I can’t say too much but it’s called Hellraisers and it will be raising hell. My hope for the future is that I will continue to do more collaborative work with other HIPHOP artists and producers.

8) Last question – do you have a favourite design?

My favourite design? That’s a tough one. I wouldn’t want to single out any designs really. However, I have a GoldenEra Stamps print on the wall and I mostly wear the R stamp t-shirt. 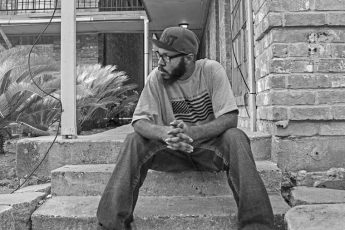 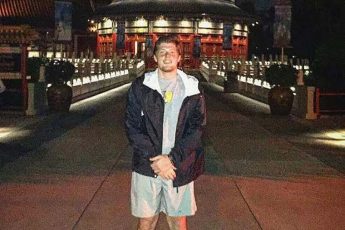