“Straight, No Chase” is the bruising, slick talk-filled new single from the recently formed super-group, Jamo Gang, which consists of rappers Ras Kass and El Gant and producer J57.

The two emcees use their bars to mean-mug and shoot verbal darts at any competitor within striking distance, even using clever/ridiculous Richard Simmons punchlines to make their point of “not f*ck[ing] around with that watered-down sh*t.”

“Straight, No Chase” also features guest vocals from rising New York rapper Mean Joe Scheme, who you may know for his recent work with J57.

He may be the newest cat spitting on the track, but he’s confident and hungry while rapping over his frequent collaborator’s sample-flipping instrumental.

Speaking of, you can expect to hear nothing but J57 instrumentals on the Jamo Gang’s upcoming, self-titled debut LP. 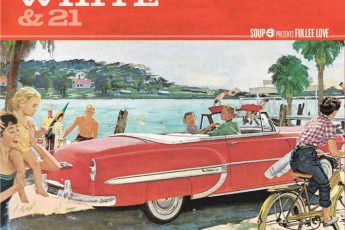