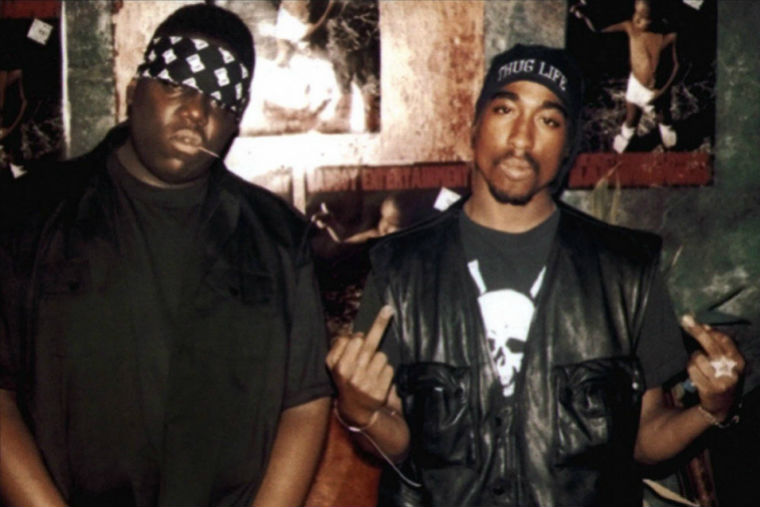 Ever since Life After Death dropped on March 25, 1997 – just 16 days after The Notorious B.I.G. was killed in a drive-by shooting in L.A. – hip-hop heads have debated whether the album’s second last track “Long Kiss Goodnight” was a shot at 2Pac.

The East Coast–West Coast beef during the mid ’90s has always been one of hip-hop’s most tragic moments. Sparked by the ’94 Quad Recording Studios of 2Pac and engulfing the major rap players on both coasts at the time, the conflict was deeper than music.

After Pac passed on September 13 1996 following a drive-by in Las Vegas, Big was shot and killed on March 9, 1997. Within 6 months the rap game had lost two of its biggest figures.

The most venomous of disses during the beef can be traced back to Pac, who was understandably very angry and paranoid at the time, while Big was legendary for biting his tongue and not retaliating on wax.

Even when Pac dropped the scorching “Hit ‘Em Up” where he got at the entire Bad Boy crew and other New York rappers, Big was quick to brush it off with a slick line or two:

If Fay’ had twins, she’d probably have two Pacs
Get it? Tu-pac’s

But even with cooler heads prevailing on the Bad Boy team, Big wasn’t above the beef. “Kick In the Door” contained shots towards Nas and Raekwon, who were both getting at Big for the King of New York crown. But Big would save his most vicious lines for Pac.

Produced by RZA, the ominous “Long Kiss Goodnight” was a fucking heater and it’s hard not to imagine that Biggie was thinking about 2Pac when he dropped those rhymes. It’s the most glaring and venomous shot at 2Pac ever committed to wax that, ironically, doesn’t say his name.

Let’s take a look at the rhymes:

Nigga please, blood floods your dungarees
And that’s just the half of my warpath
Laugh now cry later, I rhyme greater

Straight off the bat with the first verse, Big mentions dungarees – which Pac was frequently spotted in – and the two tattoos on his back – “Smile Now” and “Cry Later.” Biggie very quickly establishes who he’s talking about on the track.

Ya still tickle me, I used to be as strong as Ripple be
Til Lil’ Cease crippled me

This is an interesting line – Big is referring to his car accident which happened after Pac’s death. I’d like to think that Big still enough love and respect for Pac to not diss him after he passed but who knows? Pac insulted Big, his wife, his team and threatened to destroy his career so there could still have been a lot of resentment and bitterness bottled up.

This line alone could be the evidence that Big was dissing 2Pac on “Long Kiss Goodnight.” Big directly references Pac’s ’96 single “I Ain’t Mad at Cha” and talks about slugs missing him, which could be referring the Quad Studios shooting that Pac survived. This line’s way too obvious to ignore.

Maniacs, put my name in raps, what part the
Game is that? Like they hustle backwards

Who else was mentioning Big Poppa? There were a few rappers dissing Big at the time – Nas, Raekwon, Ghostface – but they were all low key jabs. Pac came out fucking swinging on “Hit ‘Em Up.”

Now you rest eternally, sleepy, you burn when you creep me
Rest where the worms and the weak be

Pac was dead. Sounds like Big was dancing on his grave.

Heard through the grapevine, you got fucked fo’ times
Damn that three to nine, fucked you up for real though

A reference to rumours about Pac getting raped during his prison sentence at Clinton Correctional Facility.

In 2003, Puffy and other artists involved in Life After Death came together for an XXL feature about the making of the album. When it came to talking about “Long Kiss Goodnight,” there were conflicting messages from Lil Cease and Puffy.

That was a one-nighter. That was about ’Pac. He had some shit at the beginning of that though, nobody heard it, on the reel. We had to change it. It was a little too much. I can’t remember what Big said about him, but it was terrible. It couldn’t make it. He didn’t want to do it. He had some fire. But he didn’t want to make it too much. He just wanted to address it and to let nigga know, “I know what’s going on, and I could get wreck if I want to.” Like, “If I really wanted to get on ya niggas, I could.”Lil Cease

However Puffy, forever the politician and diplomat, has firmly denied that the song had anything to do with 2Pac.

Naaah. It was just some MC lyrics. I know people wanna have their imagination, but it was just lyrics. You’re hearing it from the horse’s mouth. I would tell the truth. If Biggie was going to do a song about 2Pac, he would have just come out with it and said his name. Their gloves were basically off. 2Pac had did “Hit ’Em Up.”Puffy

What do you think? Was Biggie dissing 2Pac on “Long Kiss Goodnight” or are those lines just coincidences? Have a listen and decided for yourself.

Time is Illmatic: A Celebration of Nas' 40th Birthday 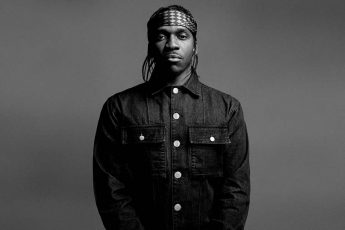