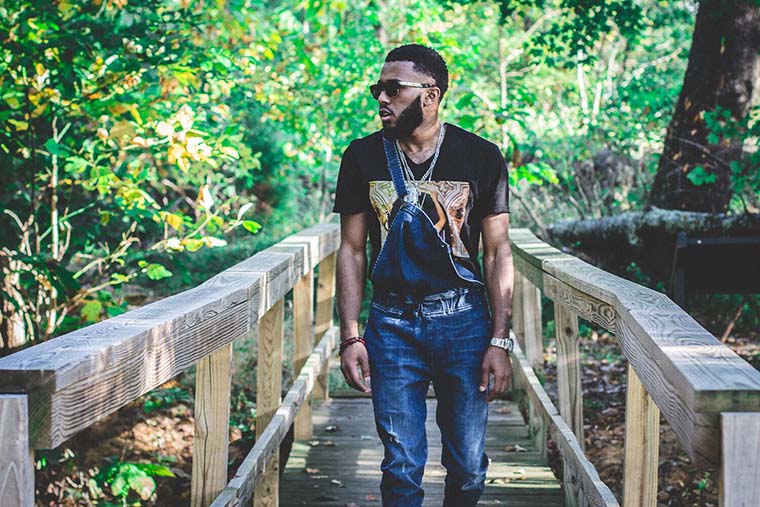 A native to the state of Maryland, V-i is a hip hop artist trying hard to bring something different to a genre he views as, “Filled with too many rappers, and not enough lyricists.”

He has dwelled in the genre for several years now, never afraid to display his versatility as an emcee. Whether it’s in collaboration, or an intro to his own projects, he always makes it a point to have a verse that connects with his audience.

Life, love and pain serve as his muses, creating songs for not just hip hop fans, but fans of music in general. With misconceptions about hip hop constantly growing, and the expectations for artists lowering, he wants to be the one to smash both of them.

Actually I do. I had been writing songs for a while and was just enjoying the process of creating. But I think the moment I wrote my first album, seeing how much I was capable of; things really began to shift.

Formulating different ideas and sounds, and then consolidating it all into a project. I can’t really explain the feeling of that epiphany, but that was when I realized this was what I wanted to do.

2) What was it like creating your latest project – Catalyst?

It was…interesting. I went in with one central theme of what I wanted this project to be, and it completely changed in the months that passed. Songs I thought I’d write never came, and new ideas were born.

From there, the overall feel for this project changed, and I wanted to achieve my goal for this EP in a different way. A lot of things happened to me during that time span. Some good, some not so good, but it was essential in shaping “Catalyst” into what it is now.

My main goal with this project was to give listeners a glimpse into my life, mind and passion for what I do. I also wanted to showcase my versatility as both a lyricist and producer.

Whether I’m detailing heartbreak on “Deceit (Not The Only One),” or hitting you over the head with bars on “The Message,” there’s a variety of things to be taken away from each song. Ultimately with this EP, I wanted to distinguish myself from everyone else, allow a new voice to be heard and act as a catalyst for change in hip hop.

I feel like the landscape has changed so much for artists in general when it comes to that. There are so many doing well without major labels, signing deals with streaming services like Apple Music, Spotify or Tidal, and being able to really build their brand and fanbase, without some of the loopholes major label contracts may have; 360 deals being the most prominent.

What’s more telling, is that it’s no longer just the up and coming artists, but even established (maybe even signed) artists are doing it as well. You’ve also got more independent labels that work just as well for others too. At the end of the day, if you have the fanbase and loyalty of your followers to sign a major label deal, then go for it.

If you don’t, and think that a major label can get you where you want to be, then go for it. Do what feels right for you. Just make sure you read your contracts regardless of what you do! Independent or major.

I think it’s in a pretty cool place. I look at a relatively new artist like Chance The Rapper, that’s completely changed the perception on how far an independent artist can truly take themselves.

On the other hand, you have an established artist like Tech N9ne, that’s been able to create and use his own label to build his own brand for almost two decades! There’s a lot more artists thriving independently, setting a new precedent for how you can succeed and it’s amazing to see.

I recently released a second video from my EP, promoting that and building my following through social media. It’s almost essential in today’s climate for expanding your brand, regardless of what you do. However, Instagram has become a primary source of marketing for me.

In terms of standing out, I’m always asking people around me what they would be interesting in hearing. I’m always looking for new sounds or ideas to add to my repertoire and improving as an artist. Interacting with your listeners can really make a huge difference.

Just having them involved keeps them interested in what you’re doing. But above all else I’m planning on performing a lot this year to get my music out there.

In a word…it’s fascinating…there’s such a wide variety of sounds in terms of the genre today. You’ve got artists like Chance The Rapper, Childish Gambino, Migos, J. Cole, Danny Brown, Travis Scott, 21 Savage, and Kendrick Lamar that all co-exist.

A lot of great songs and albums came out last year, and showed why Hip Hop is so polarizing. However, while there’s a lot of creativity and lyricists out there, I feel like the bar has been lowered significantly.

Honestly, there’s a lot of artists being propped up by production and praised for that, instead of what hip hop artists are generally judged on; their bars. It’s always been around to some degree, but there’s an overwhelming wave of this dwelling in the genre now.

It’s gotten to a point now where anyone thinks they can rap because lyrics don’t seem to matter to the general public anymore. Even worse, some people steer clear of Hip Hop because that’s all they think it is; typical, obnoxious or mundane music.

Some of the artists I currently look at for inspiration are Kendrick, Kanye, Big K.R.I.T., Childish Gambino, and Drake. I think these guys always push themselves to make something different sonically and lyrically.

Whether it’s Kendrick’s “To Pimp A Butterfly,” Gambino’s “Awaken, My Love! or Kanye’s “The Life Of Pablo,” these guys never appear to be afraid to come out of their comfort zones, even dwelling outside of their respective genres to show their growth as artists to some capacity.

That’s good question. It seems to change all the time these days. In no particular order, my top five dead or alive currently would be: 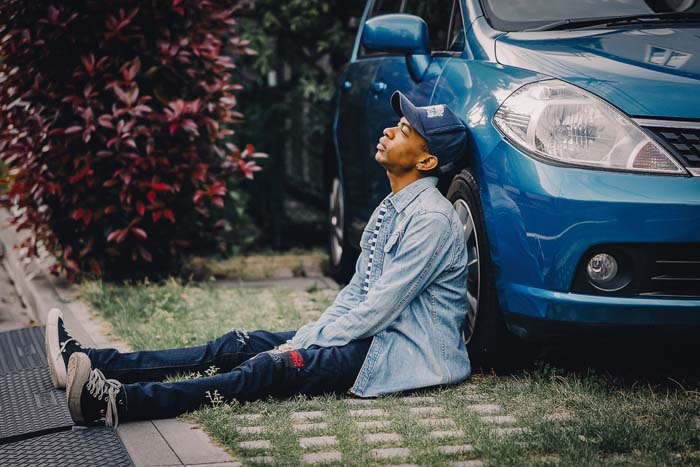 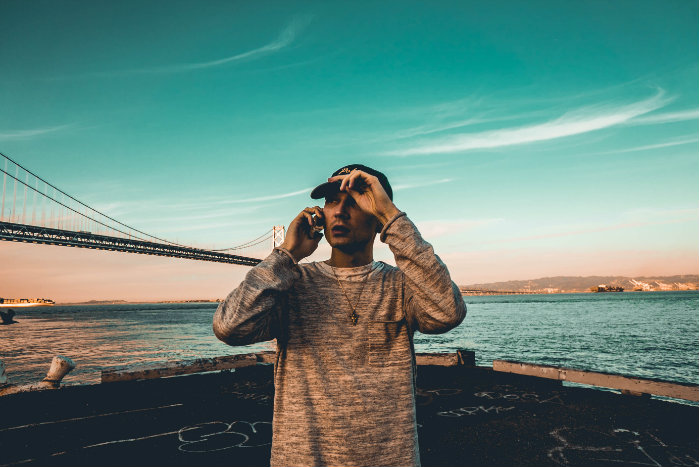 3AM In Oakland: Interview With Indie Hip-Hop Artist TOPE