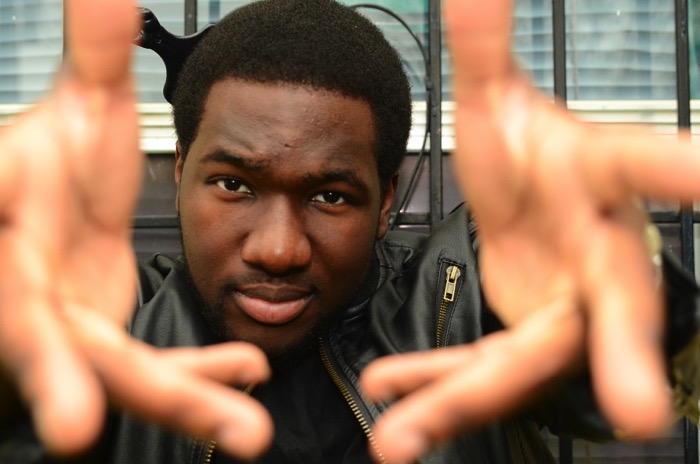 1) So what’s been going on man? What have you been up to since our last talk in February?

I been alright. Working as usual. I finished writing a movie for James(M. Johnston) So I’m excited for him to read it and get feedback on it. The album is finished and Being mixed and mastered by Smitty. Everyone who has heard the reference vocals were very impressed. I’m excited for it.

I sent it to machia of dynamic, so we will see if he likes it and I am worthy of his beats so I can keep feeding you guys with some music. I have been told not to show it off to much or someone could steal it but I trust him. If smitty rocks with him, I rock with him and besides I have to impress him so I can keep spittin.

Im trying to get singles and mixtapes lined up. Being consistent is what smitty has been telling me most about dropping and things. Making sure the drops are clean and everything is well put together and professional so the major blogs pick the records up.

2) It was around that time when you dropped your latest project – Departure. Now that a few months have gone by, how was the overall reception for that project?

The project was a success. Not perfect but a success. I really found my groove and improved on my mixing a lot. Yeah, far from perfect but it was a step in the right direction. It has been my best recived since the Straight out the funk series.

3) You were also dealing with some heavy issues during the making of the project – is that right?

Correct. Depression. But I think it may just be clinical. There is situational depression but I have dealt with depression and suicide since I was a teen. I’m in a better place with it and what not. I work in the oil fields to keep this rap thing going so I have matured some more dealing with stuff.

There is a great amount of racism out there so you deal with things. But really its the isolation and seperation from your own things. You take a lot for granted. Like, when you walk into your house it has a smell. Thats your smell, either pleasant or not.

ITS YOURS though. Small mental things really take a big toll over time. Not to mention I obsesse over this rap thing, as you can tell by my numerous releases in a short period. This being said I am always thinking how I can make this profitable and not a money pit.

4) What do you think were the key lessons you got from your latest project release?

5) You said in our last interview that you had finally found your lane in this game. Can you talk more about this?

Not sure yet but Whenever smitty gets done mixing the Lead single featuring Sadat X and Kool G raps we will drop that. I am still waiting on kool G’s verse though. I’m on the fence about another chopped and screwed style mixtape. I could do the fornicaton tape 3.

Its not time for another straight out the funk I dont think.Just not enough material there for it yet. Its like, lets say M.R. Dubb drops a hot song and so does drew barker. I still need at least another 9 to 10 tracks from the funk’s finest. I am waiting on new Lamar Kelley and wrex washington plus I want to get another beat on there. May use shags beats instead of Lou. Like smit said just be in peoples faces but it has to look right.

7) You also mentioned that you’ve been working with hip-hop producer E. Smitty? Can you talk more about that relationship?

Smitty is the guy. I feel like he really cares. The thing is I have talked to well accomplished producer/engineers and they treat you like a number. Smitt’s customer service skills are on point. Makes you feel like you matter. We havent known each other for long but the chemistry is there and so is the love. Its a real blessing.

Nobody has to help you, yes I am paying but there is something to be said about accomplished people taking notice. I think he really respects me which is flattering. Not to mention he agreed to contracts. Thats good business sense, a simple busines practice that many ignore.I have been through a lot of bad business deals, it happens to everyone but really it has made me smarter. I remember like three years ago I had begun to intern at a studio.

There was a group that was doing thier thing in the area. We linked up, I gave them all my contacts foolishly. Showed them my entire deck. They took all my info and told me I was in the group. When it was time to drop my music they couldnt be found. They kind of just screwed me over. Next thing I know they are shooting videos with the guys I knew and getting my slots in shows. It was crazy. They still do their thing but needless to say we aren’t close.

But things happen, you keep the dice shakin’. I am much less swift to trust but you do have to trust someone even if you dont think you are. I trust smitty to get the job done. I trust louie to be on his grind. I trust machia to not send the album all over the place. I trust shag to be on point. Hell I trust you to make this interview look good. 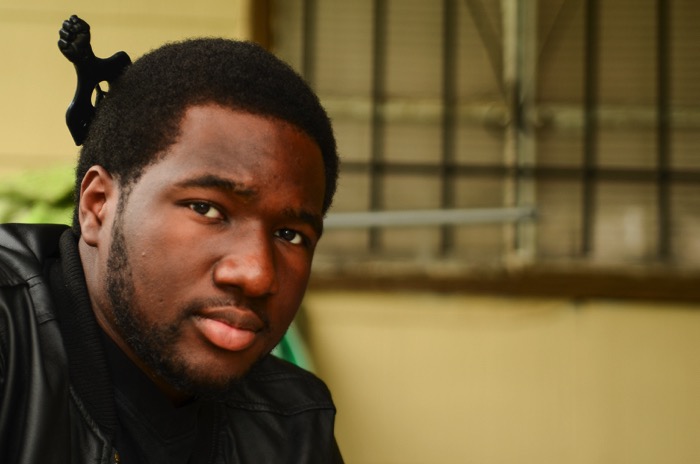 8) What is it about Smitty’s production that you find appealing?

He attempts to be different. There are many producers that just make generic beats with no thought. They offer nothing to the culture. You used to know what a timberland beat sounded like or a swizz beat sounded like.

You didnt need to ask. Now every beat sounds the same. There is no signiture sound associated with beats. There is no “shine” in them. No soul. They just seem like dead compositions.

9) Outside of music, you’ve also been dabbling in the film industry, working with James M. Johnston on Melville. How did that happen?

He saw me perform at a bar called Lola’s Saloon in fort worth Texas. I guess he liked it and I offered my hands on set. We really hit it off I guess. He really loves hip hop and used to be a rapper himself. Plus he isn’t a bad cook on the grill, owns a vegan restaurant named spiral in these parts. But I digress, filming melville was great!

Rodney is a great guy and an excellent artist himself plus he played melville well really made the character come to life. The movie is about a rapper who gets cancer and deals with his emotions throughout the 15 minute short. He played it so well I get him in real life and him in the movie mixed.

10) Do you have any plans to explore a potential career in the film industry?

I love anything creative. I want to be able to create for a living in every capacity. Some people dream of being rich or having a family with a white picket fence and all that. I dream of the former. I would love to write or act or even executive produce. I dont plan on rapping into my sixties, I just cant see me walking on stage like “here is my new mixtape”.

That being said I feel like some type of executive producing role would be appropriate. I can still create and put the puzzle together from behind the curtain. Besides I like to travel and I think if I was involved in more film work I could travel more, I dont really get to travel for my music much outside of Texas.

Although I have been trying to get to new york with it. Working with James is a good start. We click and we like the same things. Hopefully he likes the movie I wrote. But its a long process for everything and it can be a real crapshoot.

11) In the past few months, we’ve gotten some great music from artists like Drake and Kendrick, how do you feel about hip-hop in 2015?

Getting the album out of course. Networking which is 24/7 task anyway. I really don’t know where to go next so I guess where ever god leads me. I mean I would like to act like I know what I am doing but obviously I am just trying to do what I love for a living.

Beyond that just try to maintain. I go through a little buyers depression every time I drop significant cash on my purpose. Remember that situation earlier with that group? I have a fear that somehow some way someone will take away my hardwork again. I bring that up to say I have a lot of confidence but a lot of fears as well. I’m really level headed not like I was as a child. So sometimes I feel like I’m crazy, maybe crazy enough to just be successful. 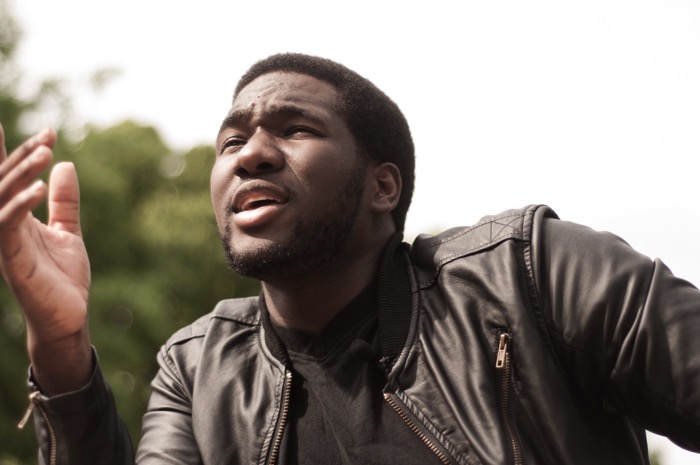 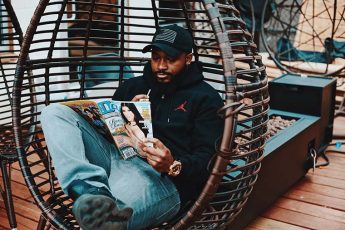 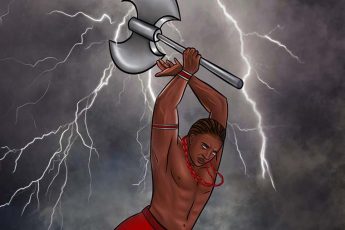