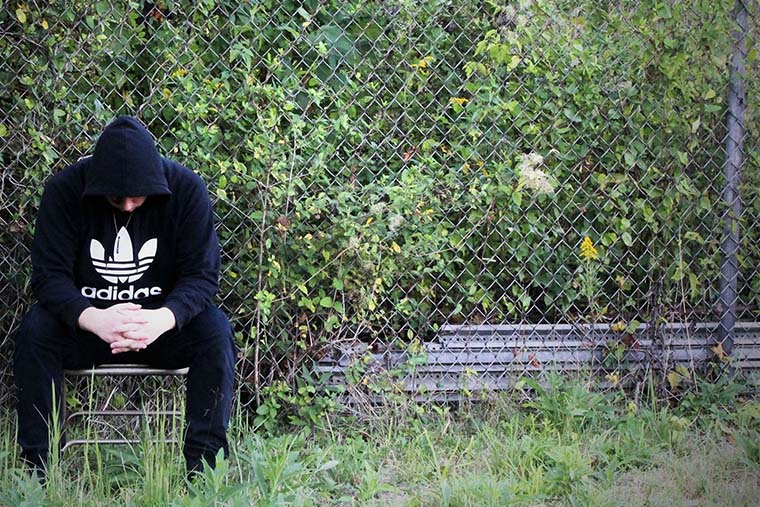 I am a 24 year old artist from Charleston, WV. I have moved a around a bit but lived in Charleston and surrounding area my whole life. I grew up playing mostly piano, and picked up a couple other instruments here and there.

I always have wanted to put out my own music but was never sure of the direction I wanted to take. A lot of my influence growing up was actually in metal-core and the heavy metal scene as it has evolved over the years, but I also took a lot of influence from rap & hip-hop.

Flying solo, I wanted to make sure I had full control over the music and that it was exactly what I wanted to make. After going through some extreme rough spots in my life roughly from say 2013-2016, I moved out, got my own spot and decided it was time to execute. I just started trying to rap.

That resulted in an EP that released last year called The Recollection which you can check out on my Spotify and all major streaming services. But the singles off of this new project seem to have picked up the most and are my favorite music I have made so far.

After releasing some music I just felt the need to start solidifying my sound and figuring out exactly what I wanted it to be. Enter: Façade City is the first step in that process, I am too excited to release it and for what the future brings.

The title is sorta explains it all. You enter life with great hopes and dreams not expecting all the falls, letdowns, shots you didn’t take until their gone, how people can break you to pieces, and how time heals and changes everything.

The concept never really “came to me”, big picture, it was more of a realization of “wow, this is the world I’m living in, and life is so short, where do I go from here?”

As this was my first full length project, following up the The Recollection EP last year, it was a lot of fun to make. The concept and idea was solidified way before any of the songs were even roughly written.

To be honest I wanted the artwork to capture what I had in my head for the project and it did just that, with me being only shortly into the writing process.

I didn’t really have a set time to “track” the project, I just write, edit, record, rewrite, edit some more, keep recording etc. until the project finally became what I wanted it to be.

If we’re being honest money isn’t a huge focus here. It is a long term goal that I hope to make money off of my music, but right now it’s all about getting these thoughts out of my head and into the hands of others, maybe someone out there can benefit from it.

Money is always a goal, and rightly so for most artists. But for me personally, if money was my main goal I should have never started writing to begin with. That’s just how important the music itself is to me.

Man, there is so much music out there. A lot of great projects have already come out this year I hardly know where to start. Caskey is changing the game for real. That guy’s music has influenced me immensely and brought a completely different look to what hip-hop and rap can be.

I actually had the privilege of doing a track with him called Solitary Soldier, it’s out as a single already but it will be on Façade City as well.

There’s a lot of artists I listen to for the vibe and the feel I get from the production, but typically don’t take anything lyrically away from it that helps me positively.

As far as that goes, production, flow and lyricism combined, some other big influences of mine include Nyck Caution of Pro Era, Vince Staples, and Derin Falana.

From talking mostly with producers and just seeing the media and press that comes from the genre and the music industry, I’ve learned that the industry is mostly fake.

I don’t really deal with industry stuff whatsoever really, I just build up the artists that I love and hope they can do the same for me. Right now I have no desire to be involved in it or having my music controlled by a label or manager.

It seems most mainstream artist interviews revolve around “so is the money looking tall?” “you buy every member of your family a sports car yet?” “how many girls you getting”? Same recycled bullshit. Just not really about it.

What I love most about the genre is the feeling it gives me. Truthfully a lot of my musical influence has come from heavy metal/metalcore etc. that I grew up on and still am very into.

But I love the vibe both of those genres give me, it chills me out, and makes me feel empowered, something I don’t get from other genres of music.

Nothing much surprises me, as a lot of it seems the same. I do like seeing what “subgenre” becomes the new “rap” tho. Like how now, “trap” is basically considered what rap is and everything else is coined as an older subgenre.

Just the evolution from late 90’s when I first started listening and the transition to what the game is now.

I am actually surprised that there are few artists that tend to shy away from the same concepts and themes of drugs, money and women, that the genre is mostly made of, and head in a new direction.

I would wish that mainstream media for the rap scene would take time to reach out and dig for upcoming artists who may have or come from nothing, but still have a lot of good to say that people may need to hear.

It’s clear to see that just because you pop off on social media doesn’t mean you make good music. But to the industry media outlets and the interviews and such, they just see dollar signs and I feel like it’s all derived from there.

But there are some solid artists out there that just need to be heard and I think industry shit would change. That’s why I appreciate Stop the Breaks.

Top 3 rappers doing it at the moment?

I think Caskey is and probably will be always be my number one. 21 Savage is really stepping up, his new stuff is popping off.

And probably Wiz, I’ve always followed him from the jump and his stuff just gets better and more heartfelt in my opinion, as he’s gone through family changes and you can see that in his music.

I actually have a lot of stuff after Facade City already recorded and I’m just trying to progress, constantly improve and learn. But yeah I got several tracks done and some others already in the works.

Probably will hear more from me before the end of this year after Facade City drops. Then with the new stuff it will probably be several singles, and then tentatively plotting another project for next year but not sure really.

A lot of it, but not all of it is going to sound darker and colder, just digging more into my feelings. I’d say day-to-day i’m a pretty positive person but I feel like I have a lot of negative built up from things of the past that just needs to be heard through the music.

You will see that soon and it’s musically more diverse and just different stuff. I’m still searching for that perfect style and flow that really fits me so I’ve just been experimenting a lot vocally and you can see that clearly in the music. 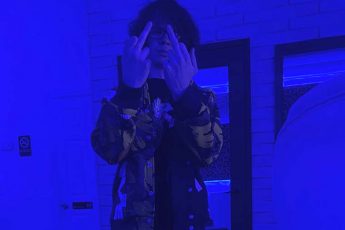 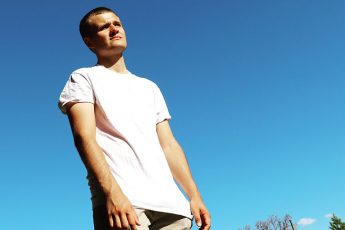