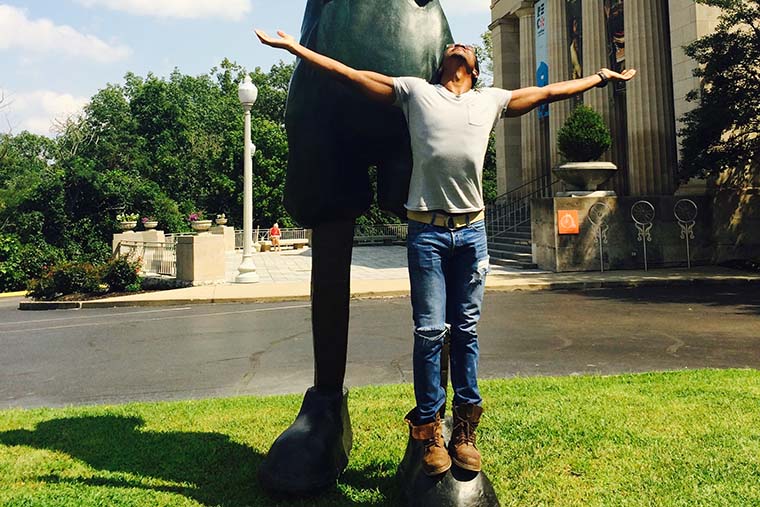 Artist bio: Kevin Renard was born, Kevin Renard Cooper in Jackson, Mississippi. His mother decided to move him and his brother, at a young age, to Cincinnati, Ohio. During his school days, Kevin was bullied by kids much bigger than him, until one day he met a guy that would change his life.

This guy protected Kevin and taught him all there is to know about hustling and protecting yourself. At 15, Kevin started robbing and stealing from drug dealers and stores, reselling product that he stole, fighting and getting arrested.

At 17, Kevin dropped out of high school, moved back to Mississippi and thought hustling was the way to be, until he nearly lost his life for the fifth time.At 19, Kevin moved back to Cincinnati. He continued hustling despite his lack of success back home.

After losing three of his friends to a shoot out in a nearby neighborhood, Kevin lost all interest in the street life. He then met someone else that showed him a way to release a lot of his frustration through music. It was here where Kevin decided a hustle worth living for.

The latest project I’ve released has the same concept as every project I have composed. The project reflects on my life and the different roads I have traveled while living that life. There has been some moments, I know, some people have come face to face with, and also some moments where others wouldn’t expect could ever happen to someone like myself.

The inspiration behind the title BZT derived from a dear friend of mine; Chris Millions. He has shared more of my memories past in his current as well as his childhood. We decided we wanted to link the two lives together and create something that can become timeless.

My team and I have not been focusing on the monetary aspects of the game for the moment. We have been gearing more towards giving and growing. We want the fans to know who we are as humans.

We want the fans to share their lives with us as our lives are being depicted to them through sounds and lyrics. Everything we have is released for free to the public. We want a family bond with our fans, just as we have our friends and love ones in our lives now. Music is therapy to us all. As we are sharing our biggest fails and loses to the world, connecting is our main focus.

I have been paying a lot of attention to Logic and the way he carries himself. The love and positivity he shows to his fans and future listeners happens to be incredible to me. As a business model, something that organic from him can carry very far. In present time, this sort of artist can be hard to come by in passing.

A lot of artist have been displaying their “gangster” side and not much so the inner them. Yet, I can’t forget Kendrick Lamar and J. Cole, two people who have definitely changed a lot in the time they’ve surfaced, but my focus remains.

Especially in this world today, where color is a huge debate topic, and some people in general only see what is on the surface themselves; Logic gets my vote.

I have only learned one important lesson from the business as well as the streets thus far; not everyone can be trusted. There are opportunities that may seem like fair opportunities. Someone might truly have the interest to help you on your craft, teach you change and help you see better.

Yet, that same person may have an agenda of their own to seek a monetary future from your naive mind. I would love to trust every soul that sends me an email about helping me accomplish more in my career, but the truth appears, and you soon see the inner person looking for the next come up opportunity.

It’s so hard for an artist trying to make the next step to only run into a wall of deceit and petty lying, and so you must take it on the chin and continue to prevail.

I absolutely love the creativity of hip-hop music. The evolution has been a little unkind to hip-hop lately. I do have my reserves on some artist, but there is always something I can seek to enjoy about the artist that have been added to the hip-hop rosters.

When hip-hop really shines and tells a beautiful story, as if I was right there experiencing the story with the artist, that’s the creativity I live for. A “dope” lyricist isn’t the only being that can provide that experience either.

Hip-hop has always had it’s simple speakers with not much to say, yet those speakers just say the right amount of words in the right order to lock you in. It’s almost like having a pile of things people throw out, and then turning those things into a beautiful creation. Hip-hop has it, and I believe they always will; creativity at its finest.

Hip-hop surprises me by the amount of people who still cherish lyrical content.

You would not think that this age of hip-hop would adore and respect lyrical content, but they beg to differ. I’m an advent comment watcher. I will go to a mixtape or an album and gaze through the comment section for actual reviews.

There seems to be this cult of people who comment and isn’t afraid to listen for every setup, every bridge, every punchline, throughout artists songs. I would like to believe everyone does that, but I would definitely be stretching what isn’t there. Things of this nature truly surprises me.

The distribution of knowledge on how to be successful would be the only thing I would change. You can definitely go with the times and make the “mumble rap” with an awesome instrumental riding it to the top of the charts, or you can be given the keys to change the scene with simple knowledge of how to.

Knowledge of this magnitude comes with a steep price for a lot of artist, whether it’s giving up something or giving away something. Why treat this as if it is college? Why dilute the existence of this information? Why sugar coat this information, sell it in stores, and have mainly fillers and not exact content for people to read? Why not just give the exact thing; right in hand?

The top three rappers right now to me will have to be Joyner Lucas; for one. He comes totally direct in his approach. I love that he isn’t afraid to stab you with the truth in any way.

Logic will have to be my second of course. His humble approach to all of his music. He opens more than his heart when he delivers anything to you. He most certainly isn’t afraid to show that he cares at all.

Last but not least, Cardi B. People may find her a little too much to handle with the way she carries herself, but I think it’s incredible that she can be herself and nothing but that fully. Masking who you truly are to the world is not an easy job.

People, people, and more people make it impossible sometimes just to be you. They think “you” to themselves, that you do not look the way that you act and now you are officially out of the frame of being you because of it.

We plan to change the world. How’s that for a future plan? We only long to make changes within ourselves in hopes that allows us to help and better millions of other individuals.

We are not afraid of what can come. All we want to do is help make the transition of what ever it may be a little easier for the person who isn’t. The writing, reciting, or performing, we aim to better you from within, whether it was our stories, our impression, or just us being who we are.

We aim to change the world and the contents of itself.

Too Cold Season: An Interview With DMV Hip-Hop Artist Wan Too Cold