Days Of The Phoenix: Interview With Independent Artist Angelo

Angelo is an up and coming Canadian rap artist with a unique style of music and a captivating style of performing. He has been an opening act for big names such as T-Pain, J.Cole, Elephant Man, Tyga and more, and was a guest on the California based radio show, Blaze Indie Show LA.

Music itself and the freedom I feel from being an artist is what inspires me to this day.

I wanted to release 3 projects within a year and accomplished that. My inspirations come from my real life. As honest as possible.

There was a specific inspiration for Stacey’s Song which I believe really captivated people more than my other songs up to this point.

I give credit to the subject of this song for the impact its had and attention it has given me. Thank you for the inspiration.

I would record as many songs as I could every session. I listen to the rough draft before deciding if the song makes the cut or not. Once its all done I release it on sites such as datpiff.com and SoundCloud. Its also available for purchase on iTunes.

The hip hop industry is moving towards being more independent based. Its giving indie artists more of a platform and its looking good for us indies.

The indie grind is hard and a major would be a life changing bonus but when you get it out the mud its more lucrative.

Shout out to artists like Troy Ave and Young Dolph who are two indie artists I greatly admire. I met Troy Ave in march and he was a cool dude. His business partner Hovain, put me up on some game. Dropped some serious knowledge.

Live shows and internet presence along with merchandise, a brand etc. Live shows especially. For instance I recently saw Drake’s artist Roy Wood$ live on the summer 16 tour and his performance was quite captivating.

I let people see the real me. I give them a closer look at my self through every new project as well as social media. Travel to other cities to reach the people through radio or in person. 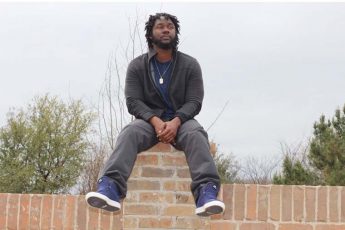