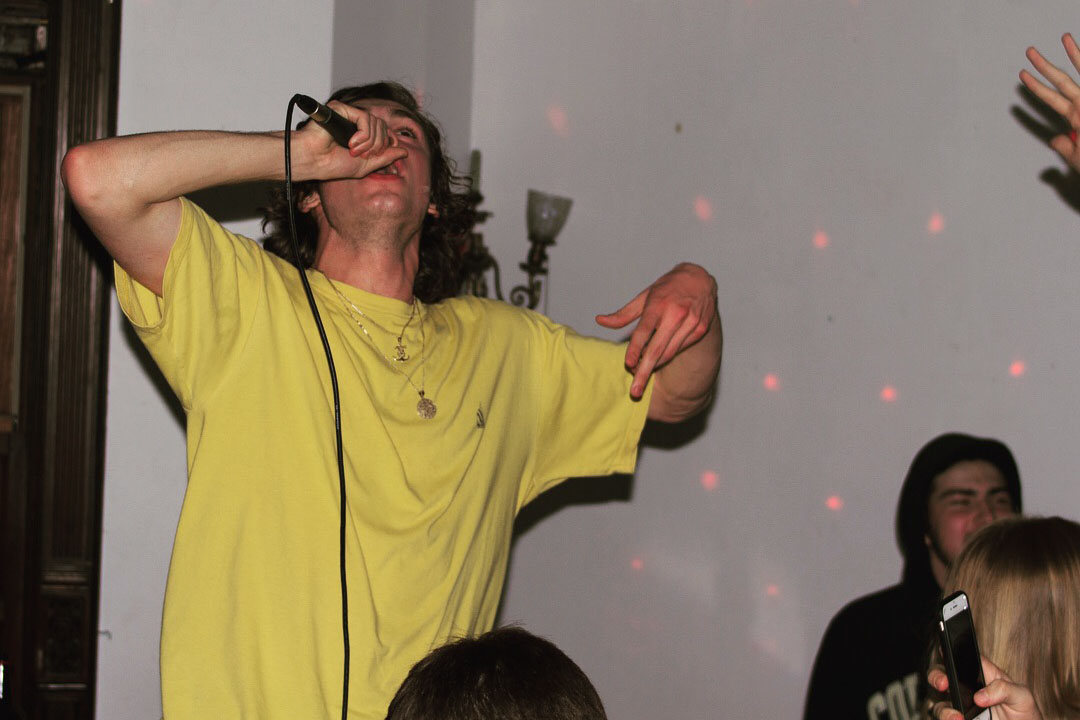 Reub is an artist coming right out of Manhattan and is 18 years old. He co-created the group 11 BLOC almost two years ago and began recording in his room for a few months before getting into the studio.

He’s released 2 mix tapes named “Dungeon” and most recently released on June 8, “GUTS”. Reub is currently working on new music and is working in the studio over the summer.

Reub and 11 BLOC have had 2 successful performances this year and are planning larger performances for the summer as well. The other 11 BLOC members will be releasing new music as well, individually and with other collaborations.

What inspired me was just my love for music the feeling of needing to give back to it. I have been listening to hip-hop since the age of 11 and it’s helped me through some harsh times. A lot of my favorite artists I’ve listened to like A$AP Rocky and Mac Miller always talked about music being what they went to for comfort.

One moment I just got the idea that if I loved music so much, no reason not to start trying to make some of my own and use it and therapy.

It’s been super frustrating throughout the beginning of this whole process and making more music, but it seems to all be coming together now. I’m super excited for where my group, 11 BLOC, and I are at right now.

The inspiration for this latest album is getting rid of that sense of nervousness. That’s what the whole concept of GUTS is. Having guts, following your gut, have pain in your gut. A lot of the lyrics in it also pertain to the 3rd Chakra, the Solar Plexus Chakra.

It’s all about watching who you are and staying true to yourself, as well as doing whatever you want because you can and fuck anybody who says differently.

The process behind making this project was a really important one for me. My group and I used to record all of our music in a small set up I have in my closet at my place.

For this project, I was at the studio working on every song making it sound as good as possible, except for a select few that I recorded at home and brought to the studio for mixing.

A lot of the process was also really difficult due to the content. A lot of this content is super intense and it was hard to feel that anything I wrote was good enough for this matter.

I like the lyrics in the songs a lot though, even the more angry and depressing ones.

My thoughts on the hip-hop industry at the moment are that not all lyricism and concentration on flows is dead, but a lot of it is. I wish I heard less autotune on voices as well, especially to make vocals sound good. That’s my biggest criticism.

That’s why I like to use these singers on my music that have these great voices and I try not to mess with them too much as well as my own vocals. Also, anyone having ghost writers write whole verses and songs for certain artists, not sure how I feel about that.

You’re only skill as a vocalist shouldn’t be how amazing your voice is. You should be able to back that up with some of your own knowledge too.

I would definitely prefer to be independent just so I don’t feel tied down to certain restraints like when I can release a project or who I can work with.

Those types of freedoms are crucial to me because having boundaries like that can be really detrimental to the music, and I’m not trying to let anything hurt my music.

With that said though, record labels help immensely with stuff like booking shows and publicity, which we could definitely use some help with.

I would say a true fan base will stick by an artist who sticks to the truth and being real. Being fake will only lead to something backfiring on you or worse. It also reflects in your music. If you’re telling lies in your music, true fans will spot that in a second.

True fans will also adapt to new music because an artist should be able to experiment. Leading fans down a slow path of growth with your own music is also a good way to stay connected with them because it shows how you’re growing, even when changing things up.

My group and I usually do Instagram and Soundcloud promos. It’s difficult and expensive to get many more promotions. We try to get other rappers to repost for us too and show their fan base our music.

Our fan base mostly consists of our neighborhoods and school, but some from outside school. I’ve also been trying to work with many new artists so they show their fan bases my music with them and also artists that create artwork based on my music.

I put these art pieces up everywhere as a sort of warning for a song or project coming out soon.

I also come from a different background than most rappers I guess, which I was super self conscious about before, but I’ve grown to find my style and not worry anymore.

My flow on tracks I think is also pretty unique, as I try to change my voice up a lot throughout all of my songs to create different levels in my music, which I think a lot of music today really lacks.